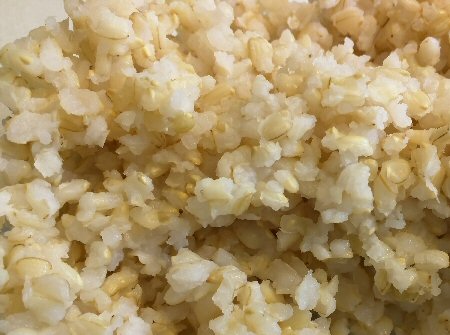 There are many good ways to cook brown rice, and attention to detail can make a huge difference in the final result.  In her macrobiotic practice, Pat Palmer has found this way of cooking brown rice to produce moist rice grains that do not glom together, that have a nice taste and are highly digestible.

This recipe is specifically for short grain brown rice, recommended in macrobiotics for wintertime eating because it helps the body stay warm (as compared with long-grain rice which is recommended for summertime eating).

Any extra liquid left over from cooking the rice can be added to a soup later the same day to enrich its broth.

This rice can be served cold later for up to three days, or reheated by adding a tad of water and gently reboiling and simmering for 5-10 minutes.

Rice is delicious served with macrobiotic condiments such as tekka, gomasio or even a little bit of mild tahini sauce.  (Recipe #620) 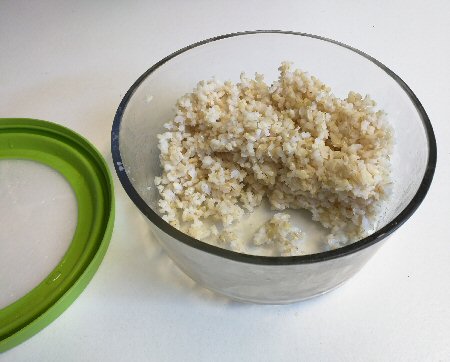